On the other side of the Cape Cod Canal, the water was warmer and we decided to go swimming. It was really fun and we rigged up a swing and we swung off the boat and into the water:

Daddy in the air.

END_OF_DOCUMENT_TOKEN_TO_BE_REPLACED

The Breakers is a mansion in Newport that’s twice as big as the Mountain View city hall. It got its name from being right on the coast, so if you were on the porch, you could hear the waves breaking on the nearby cliffs. It has about 43 bedrooms and 20 bathrooms, with 40 assorted staff. You know, footmen and butlers and cooks and things. The kitchen alone was bigger than our house in California. At one of the parties hosted there, John F. Kennedy and his wife were the guests of honor. 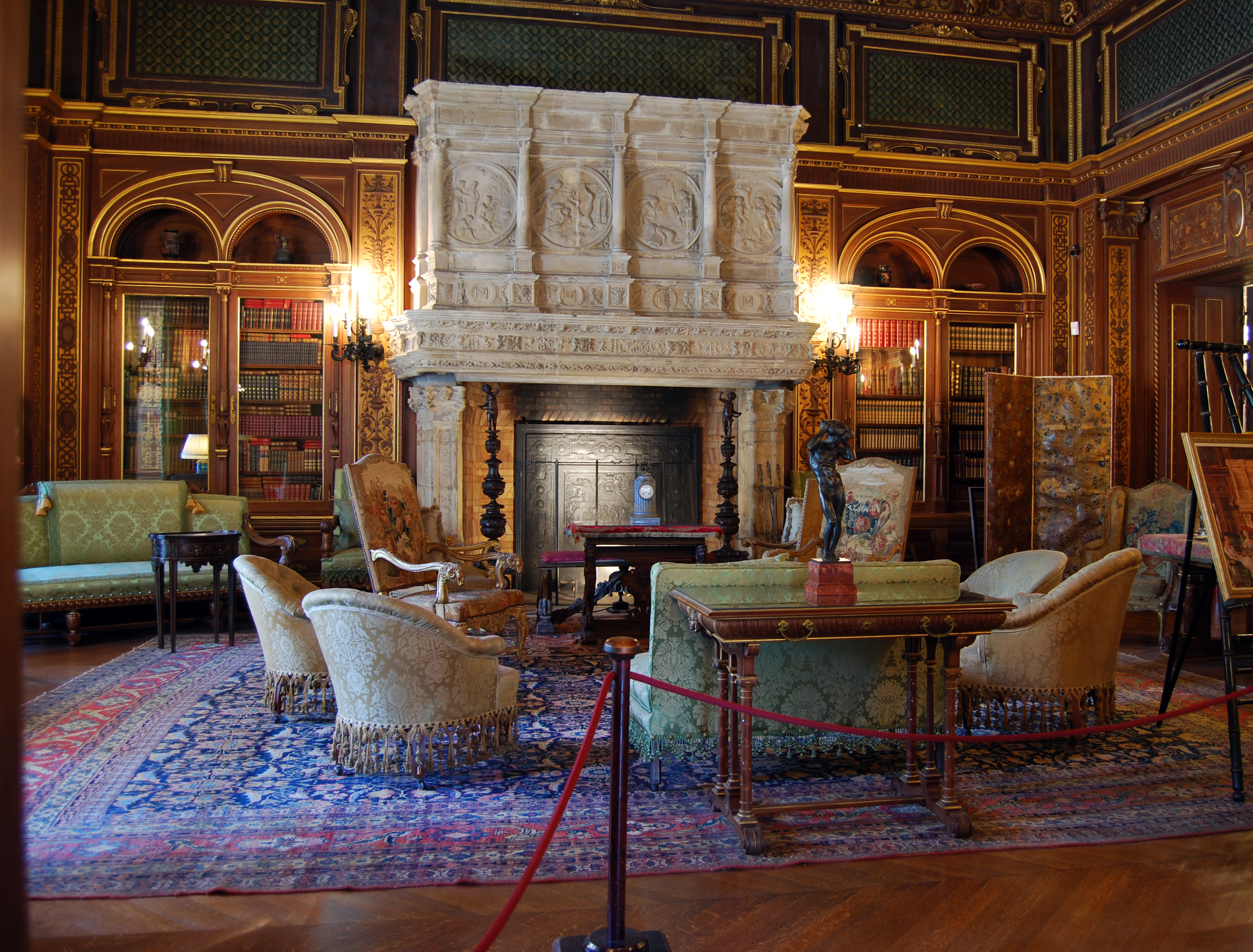 A photo of The Breakers library (from Wikipedia).

Some rooms in this house seemed needlessly pricey. For instance, the library, which was quite nice, was built of Russian mahogany, Spanish leather, and gold. The bathtubs had four taps. Two of course, made hot and cold water come out, but, since the mansion was coastal, the other two made hot and cold saltwater come out, because saltwater was thought to be good for you. Also, the bathtubs were such thick marble, you had to fill them up four times before they were warm enough to use!

[Just re-discovered this post, which I wrote a few weeks ago on another device and then promptly forgot. So it’s out of order, but we thought it would be fun to share these photos.]

We’ve been staying in Northeast Harbor for a few days to do laundry, re-provision, and a hike a bit in Acadia National Park. While here we reconnected with an artist Drew met last winter, Dan Falk. He’s a woodcarver who makes whimsical (and occasionally freaky) animal sculptures at his studio here in town. A number of them are right in his front yard, surfing and playing badminton:

END_OF_DOCUMENT_TOKEN_TO_BE_REPLACED

Recently we acquired a GoPro HERO4, and mounted it to do a time-lapse while we went through the Cape Cod Canal. The canal reminds me of a road, because there is a red/green traffic light at the entrance. Right at the beginning there was a big rainstorm that lasted maybe 8 minutes. The white flashes you’ll notice after the rainstorm is Dad wiping the GoPro with a lens cloth. We made a top speed of 9.5 knots! To achieve this fantastic speed, we had to time it perfectly, so the current shoved us down the canal, and so we weren’t fighting the current. This has been the fastest we have ever gone during the entire trip so far. The time-lapse turned out pretty nicely, even though the battery died before we finished:

END_OF_DOCUMENT_TOKEN_TO_BE_REPLACED

I swear that’s not a click-bait headline (okay, maybe a little), or that I’m doing a post on the current presidential campaign (brief glimpses of which have made us glad to be off-the-grid). These are instead some of the fantastic place names that New Englanders seem to have a real knack for.

END_OF_DOCUMENT_TOKEN_TO_BE_REPLACED

Theme by Anders Noren — Up ↑